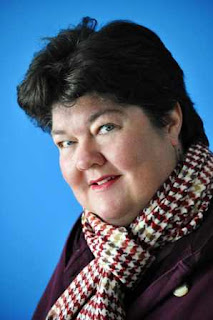 Debbie is a seasoned producer in the world of indie feature films and considered “the godmother” of the San Francisco Bay Area independent movie arena. One of her recent production successes was co-producing Peter Bratt’s film La Mission, an audience pleaser at Sundance 2009 that is set to be released in the spring of 2010. Debbie also produced the soon to be unleashed comedy/horror pic, All About Evil, directed by Joshua Grannell. She has also worked on many other films, including Karen Goodman Hawk’s One Way to Valhalla, Finn Taylor’s The Darwin Awards and Cherish, Mark Decena’s Dopamine and Unflinching Triumph: The Phillip Rockhammer Story, Martin Guigui’s Swing, Lynn Hershman Leesom’s Teknolust, and Bartleby and The Californians by Jonathan Parker. Debbie is currently working on a documentary with Jennifer Seibel Newsom called Miss Representation as well as executive producing and editing the feature film Wheels directed by Jennifer Juelich. She also just finished writing a horror script called The Ghosts of Alcatraz.

Debbie Brubaker: Watching the movie Dracula hiding behind my dad’s knees as he slept on the couch. He was supposed to stay up and watch it with me. I was 6.

Debbie Brubaker: Something scary that stays with you, sure it’s fun to get the devil scared out of you in the theatre, but good horror makes it hard to get into the car and drive home without being terrified.

Debbie Brubaker: Because historically the perps and evil doer’s are male. Maybe they relate better than we do (women).

Debbie Brubaker: People always seem a little surprised. Sometimes they comment about it being a guy’s kinda thing. Good scary stuff is for everybody! But I think they get stuck in the grove of thinking it’s a guys thing. There haven’t been any famous horror directors that are women. But then women directors are in short supply as it is.

Fatally Yours: Even though women seem to be getting more and more involved behind the scenes in horror, why do you think there are fewer female horror directors, writers, producers, etc. in the genre than males?

Debbie Brubaker: I think it’s still a male dominated genre. Like war pictures and thrillers. Hell, it’s a male dominated business. Still. Hard to say if that’s ever likely to change. The horror scripts are given to men first. I guess the writers must think women are too wussy to make good horror. How wrong they are!

Debbie Brubaker: Stuff that can really make the audience scared in a less classic way. I think we can twist it up with scary female protagonists. Done in thrillers, less in horror.


Debbie Brubaker: Absolutely. I have gotten the double take from guys when I said I was involved with a horror film. They think it’s outside of my box. (ha ha)

Debbie Brubaker: Unfortunately not really. Heck, this business is hard no matter what. But classically women are taken less seriously than the men.

Debbie Brubaker: Not all GOOD horror has that element. I loved Session 9 and there isn’t anything like that in there. One of my fav’s is The Haunting. Neither one has that stuff.  So if they resort to that, it’s a cheap shot and cheesy in my opinion. It can take me out of the picture – I think it shows no imagination.

Debbie Brubaker: Depends. I find it a kind of a parody of horror now days. The movies, even the cheapies, have gotten a lot more sophisticated. Sometimes the women are the heroes. Imagine that!

Debbie Brubaker: Ever since Sigourney Weaver busted the ovaries on the Alien she was doing battle with, maybe even before that with Terminator, we have had strong women  heroines. That “oooh ooooh somebody save me crap” (meaning a man) is really old hat. Old dead smelly needs to be tossed out hat. Not to say that a woman character can’t be a dumb shit. But now it doesn’t have to be a woman, it can be a man too. And a few filmmakers have smelt the chapeau and have womaned up. (so to speak)

Debbie Brubaker: I love Natasha Leone. I think she doesn’t even know her own strength as an amazing actress. I will always love Cassandra Peterson and Mink Stole. Sigourney Weaver is permanently in that Hall of Fame. Linda Hamilton was a great Sara Connor. I also liked Naomi Watts in the Ring movies.

Debbie Brubaker: Trust your guts don’t spill ‘em (just a little horror humor). Work with what scares you. Don’t be afraid to be afraid!

Fatally Yours: What has been your best experience while working in the horror community? What’s the worst?

Debbie Brubaker: The best experiences have been with people using amazing creativity in place of no money. I’m always in awe of what the art/efx folks can come up with even when you don’t have anything but dimes. They make fine wine out of sour mash!

The worst has been when executive producers try to take over what’s being done. They don’t understand the biz necessarily and can really muck up your day.

Debbie Brubaker: I recently watched Exorcist: The Beginning. BORING. What’s up with that? They had mega bucks to make that thing and it sucked scum off the Nile.

Debbie Brubaker: I think that Hitchcock’s The Birds is still my favorite. I will never forget seeing it for the first time at 6 years old hiding behind the front seat at the drive in. My parents thought I was asleep. Ha! I saw most of it. Scared the, what was that word you used, shiznit outta me. And every time I saw it again (for many years), thought it was just, well, scary wrong. (I am truly surprised that no one has tried to remake it – thank the Goddess!). I loved The Lovely Bones. That one was really a good horror/thriller.

I have hopes for Legion, we’ll see.

Fatally Yours: What is your ultimate goal while working in the horror genre?

Debbie Brubaker: I work in a whole plethora of genres. But for horror it’s never my goal to gross anybody out. For me that’s taking the cheap shots. To really do horror well, I like for the characters to have great fear. To successfully do that you have to create something unknown that is really scary, and film it in such a way that makes your audience feel what the characters feel. Remember that movie The Hand? The one where the astronaut comes back to Earth and the guy finds the hand on the beach and puts it into his trunk and it crawls into the back seat and then gets him? I love that kind of horror. When things happen that shouldn’t. Birds, Astronaut hands, Ghosts, Psychopaths – they’re all part of the scary fun.  I would aspire to having a horror movie I’d done being described as “peculiar” and “disturbing”.

Fatally Yours: What upcoming projects are you working on?

Debbie Brubaker: I’m working right now writing a screenplay – it’s a work for hire but I’m having a blast. It’s called The Ghosts of Alcatraz. I’ve been given cart blanche to create it. I know how it ends and I’m on page 57. So I have to get from where I am to when I need to be. It’s a really good scary movie.

Fatally Yours: Where can people find more info on you and your projects?

Debbie Brubaker: I’ve been threatening to put up a web site for some time now. So in the present the IMDB is my only outside link movie-wise. I am planning on creating a Facebook page for another movie that I’m in production on that I am really excited about.