Theatrical horror releases in 2010 pretty much sucked, with a few exceptions (like the mesmerizing Black Swan), but there were many amazing independent productions. These are the kinds of films that fly below the radar and may not be familiar to most. Well, dear fiends, I am here to acquaint you with the best horror films of 2010 that you didn’t see…but definitely should!

The Bunny Game – This shocking independent film is probably the closest you’ll ever get to a snuff film! It is both beautiful and grotesque with-in-your face realism coupled with a voyeuristic feel. The striking black and white imagery and artistic editing give the film an avant-garde feel, but The Bunny Game never comes off as pretentious. This extreme film certainly isn’t for everyone, not even most horror viewers, but fans of brutal, well-made cinema will truly appreciate this challenging test of endurance. 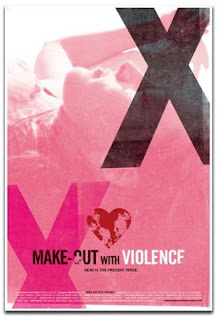 Make Out with Violence – This stunning coming-of-age zombie film plumbs emotional depths rarely seen in horror. It has a melancholy tone with dreamy visuals that perfectly capture the bittersweet feeling of growing up and losing your innocence. This is certainly not your run-of-the-mill zombie flick, but is a much more subtle and introspective film. It is for those that like their horror intelligent, heartfelt and haunting.

Meadowoods – This was another indie film that really struck a chord with me. Set up like a faux documentary, this is a chilling portrayal of a trio of college kids who decide to kill someone and document it on film. The cold, calculating characters and their seeming indifference to life makes the film an unsettling experience. 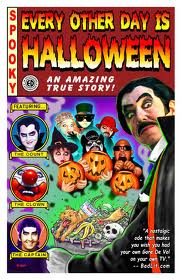 Every Other Day is Halloween – EODiH is a fun documentary on the phenomena of horror hosts and their resurgence in recent years. The main focal point is Count Gore de Vol, a popular and pioneering horror host played by Dick Dyszel. We are given a peek into his life and the many characters, horror or otherwise, he has played. Dyszel was, and continues to be, a big influence on modern horror hosts, and many of these colorful characters are featured in the documentary as well. Even if you didn’t grow up during the golden age of horror hosts, this charming documentary will still entertain and delight horror fans!

President’s Day – Finally! A horror film for President’s Day! This low-budget film, directed by Chris LaMartina, is a fun throwback to ‘80s slasher flicks. It’s goofy and gory (with a huge body count!), but the film doesn’t sacrifice technical skill or story either! The direction is professional, the acting is top-notch and the story keeps you guessing. 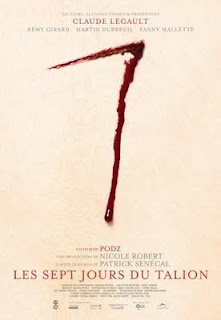 7 Days – This was one of the hardest films for me to watch this year because of its intensity and subject matter. It is an extremely effective piece of cinema that left me stunned and shaken up. It deals with a horrific crime and vengeance against the perpetrator…but while you feel that revenge is warranted, it is still hard to watch the brutality that unfolds on screen. 7 Days is a challenging piece of cinema that not everyone will be able to handle, but one of the most horrifying films I saw all year and one that left me with mental scars.

Cabin Fever 2 – A year ago I NEVER would have thought this film would make any “best of” lists since director Ti West basically disowned the project and it didn’t look anything like Eli Roth’s original (which I love, BTW). However, a year later I find myself looking fondly back on CF2, which, like I first thought, is NOTHING like the original. In this case, this turned into a positive rather than a negative. Cabin Fever 2 has a crazy, manic energy that draws you in…plus, it’s got truckloads of gore! The outrageous gore and hilarious gross-out gags are so over-the-top that you just can’t help loving this movie! 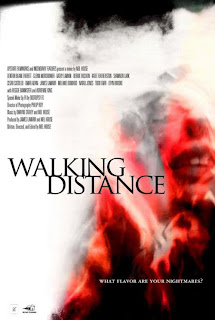 Walking Distance – This ambitious film by indie filmmaker Mel House really showcases the director’s potential! Besides being packed full of awesome effects and gooey gore, the film also boasts a complex story that is pulled together by a very talented cast.

Babysitter Wanted – While this film was made in 2008, it was never released until 2010, so I’m including it on this list. While at first this looks like your typical slasher (especially judging from the generic cover art), BW turns out to be a rather surprising little film with more than a few surprises up its sleeve. Unfortunately, this film hasn’t been given proper credit and is sadly unappreciated.
Posted by Sarah E. Jahier at 12:48 PM